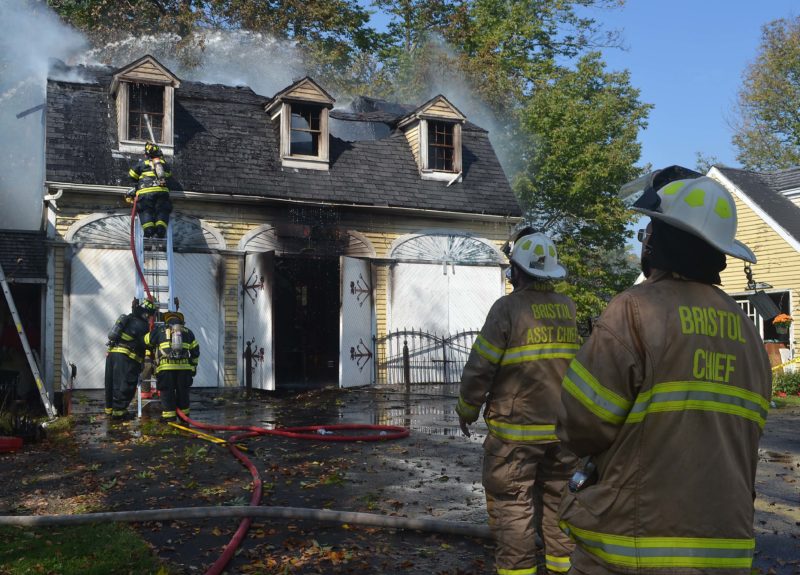 No one was hurt in the fire. Firefighters from across the county responded to extinguish the blaze, which marked the first deployment of the Lincoln County Firefighter Strike Team, according to Bristol Fire Chief Paul Leeman Jr.

The Maine State Fire Marshal’s Office investigated the fire because it involved a commercial building. Investigators visited the scene Monday afternoon and concluded the fire was accidental due to an “electric malfunction,” Leeman said.

The Lincoln County Communications Center dispatched Bristol Fire and Rescue at 10:34 a.m. for a report of a structure fire. The Bremen, Damariscotta, Newcastle, and South Bristol fire departments were dispatched shortly thereafter to provide assistance.

The fire posed several obstacles for firefighters, Leeman said. There were no water sources in the immediate area, so firefighters had to shuttle water from a hydrant in Damariscotta, more than 2 miles away. Newcastle firefighters established a tanker shuttle from the hydrant to the scene, which was crucial to on-scene efforts, Leeman said.

In addition, temperatures over 80 degrees plagued firefighters, Leeman said. Bristol Fire and Rescue set up a space for rest and rehabilitation and distributed water bottles to responders throughout the effort. 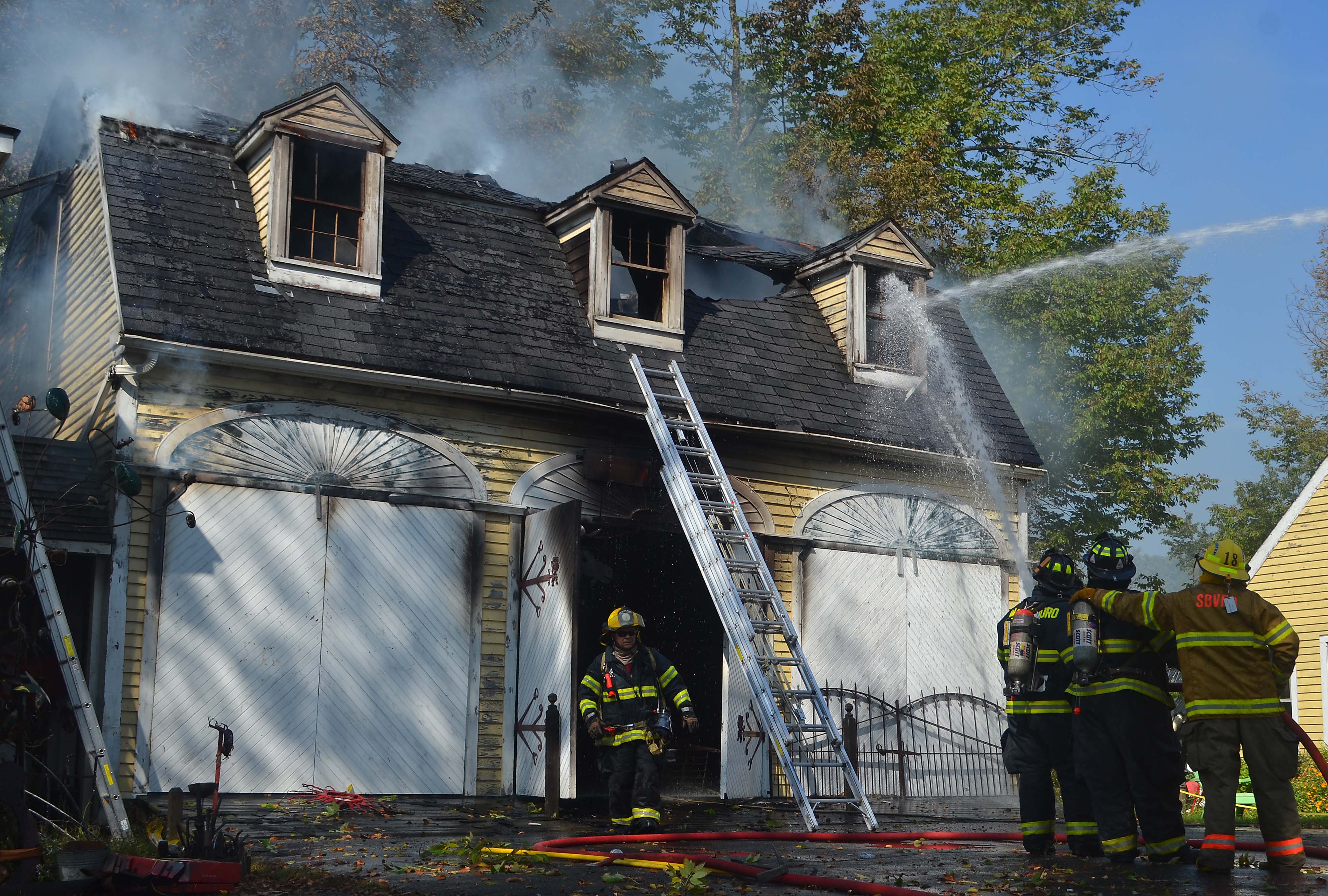 Members of the strike team from Boothbay, Jefferson, Somerville, and Southport responded at the perfect time, Leeman said.

“They showed up and were able to take over so we could get the guys who had been fighting the fire all day into rehab,” Leeman said. “It was a continuous rotation of manpower and it worked very well.”

Firefighters used a defensive attack, known as “surround and drown,” to prevent the fire from spreading to nearby buildings, Leeman said. Damariscotta’s ladder truck targeted the roof and second-story windows, while teams of firefighters surrounded the workshop. 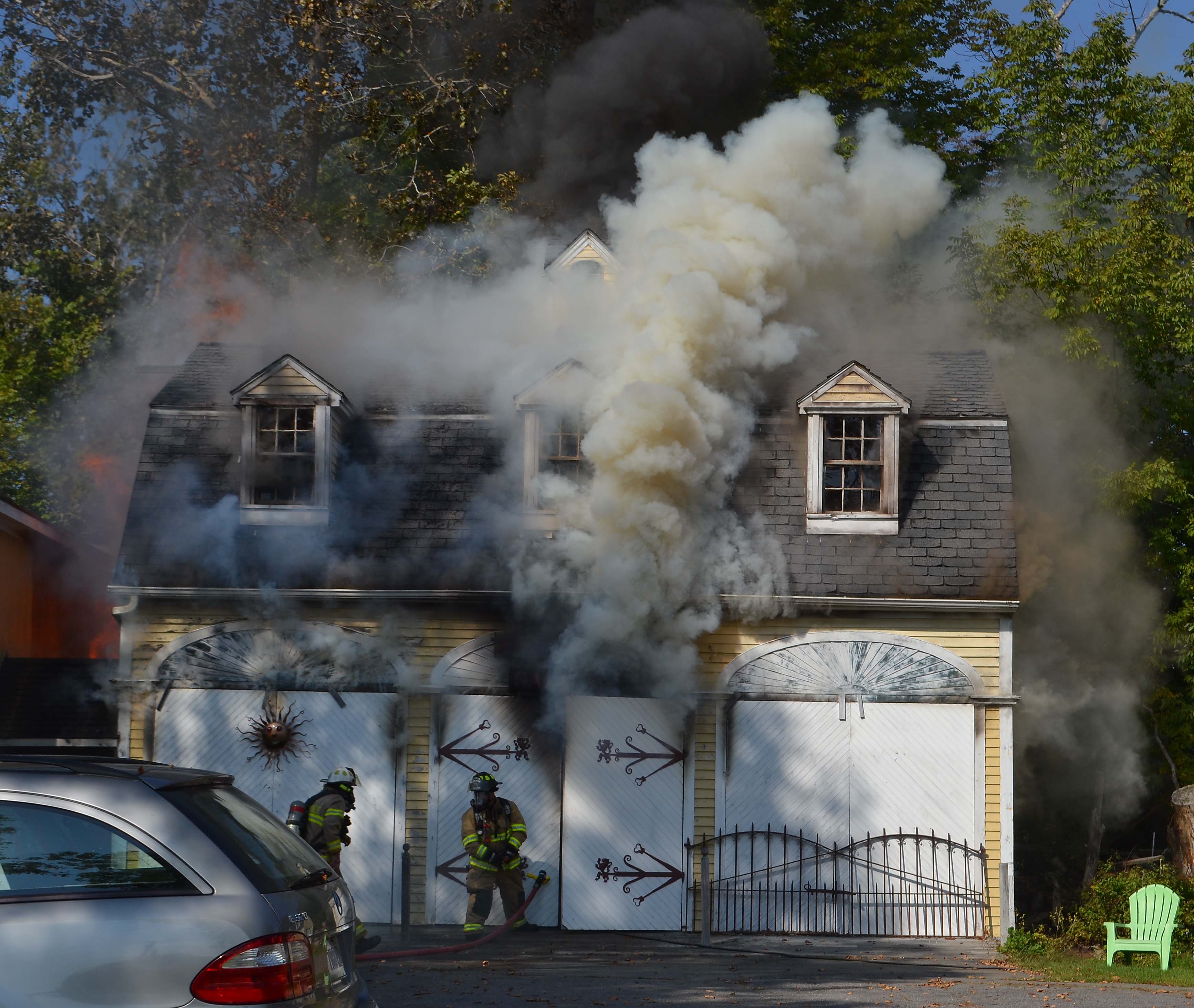 Flames and heavy smoke billow from the workshop of Scottish Lion Wrought Iron at 587 Bristol Road in Bristol the morning of Monday, Sept. 25. (Maia Zewert photo)

The teams did not enter the building, Leeman said.

The fire was knocked down just after noon, Leeman said, with only hot spots remaining to be checked and sprayed. Firefighters prevented the fire from spreading to an adjoining building, as well as a nearby residence.

The two-story workshop is a total loss, Leeman said. The second floor’s contents are likely a total loss, though Leeman was unsure about items on the first floor.

Leeman estimated that close to 40 firefighters responded to the scene, a “very good response” for a weekday morning, he said.

“We’re lucky we got what we did,” Leeman said. 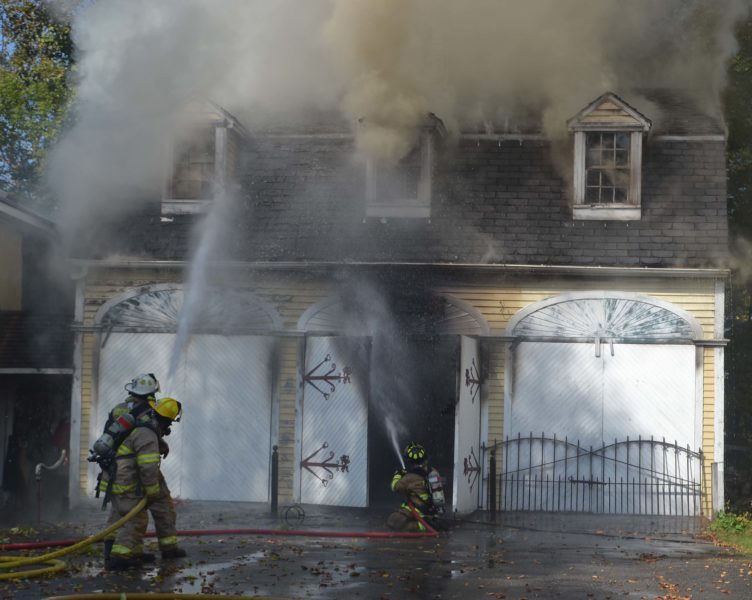