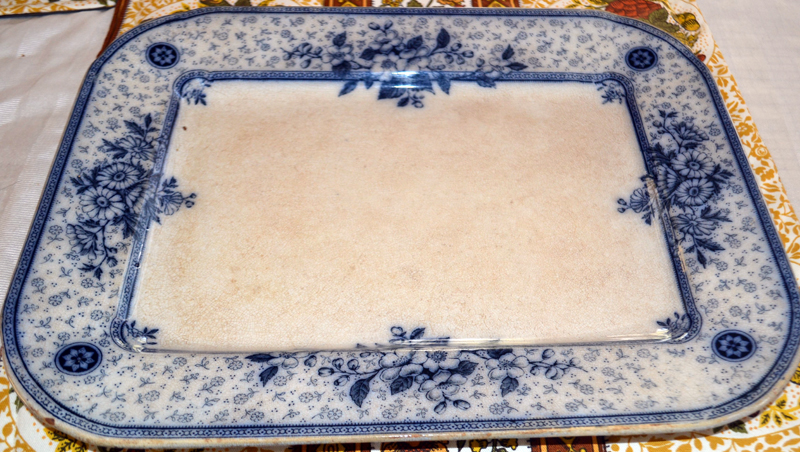 As I approach the age of 90 years old, I certainly have a great deal to be thankful for, first and foremost is the love and support of family, my biological family, and those over the years who allowed me to become a member of their families.

I have been reminiscing on our family traditions over the years. In the late 1930s, I recall my family always made a big deal of Thanksgiving. I lived with my grandparents, and the family tradition, on my grandfather’s side was for their siblings to gather at one of their homes on Thanksgiving with their families.

As I think about it now, the women in the family did all the work in preparing the food, the table setting, serving the food, and doing the dishes after. One thing that always caught my eye was the desserts, and the number of pie favors and homemade breads to choose from.

When the food was ready, we would stand by our place at the table, while a Thanksgiving Blessing was given by the host of the dinner, followed by a toast. I do not know what the adults toasted with; I know I usually had cider.

One Thanksgiving, hosted by my grandparents, my grandfather’s toast created some concern, at first gasps from family members, then applause. My grandfather raised his glass and said, “Here’s to the best years of my life, spent in the arms of another man’s wife.” Many sounds of concern were heard, and then he said, “My mother,” and everyone applauded.

I loved my grandfather very much, and was confused by his toast receiving the reaction from the family. After everyone left, I asked him about his toast. He told me he was very thankful for his mother, he loved her, and missed her, even though she was gone, it did not mean he was not still thankful to her and the memories she left him.

When I became an adult, I remembered the family Thanksgiving dinners, and carried on the tradition of cooking for my family. My family dinners consisted of three sons, and two daughters, along with my husband, and other family members some years. When the girls were young, they would help me make the pies on Wednesday nights before Thanksgiving Day. That tradition carried on with my grandchildren, and great-grandchildren coming to my home the night before Thanksgiving to make pies. I always made the pie crust. Some nights we would cook 12-15 pies, for them to take home for their family Thanksgiving dinner.

The job of doing the cooking, preparing the same menu as my grandparents served, and preparing the table settings, was still the work of the women, as it was when I was a child, however, during the 25 years I hosted the Thanksgiving family dinners, the clean-up after dinner was done in later years by my sons, and sons-in-law, giving the women a break.

The tradition of making the pies together on the eve of Thanksgiving continued until this year. My children have begun their own traditions with their children and grandchildren. I know I am always welcome to their homes for Thanksgiving, and on an occasion I have accepted. This Thanksgiving I cooked dinner for three members of my family, and served the turkey on a Canterbury platter that has been handed down in the family for generations.

My aunt gave me the platter in 1975 before her death. She said it was the platter her mother (my grandmother) used on special occasions. I someday will hand the platter down to one of my children to carry on the tradition.

Some might say, at my age, I have had the best years of my life. Maybe so. I am an optimist and I look forward to many more good years of sharing Thanksgiving with my family and friends.