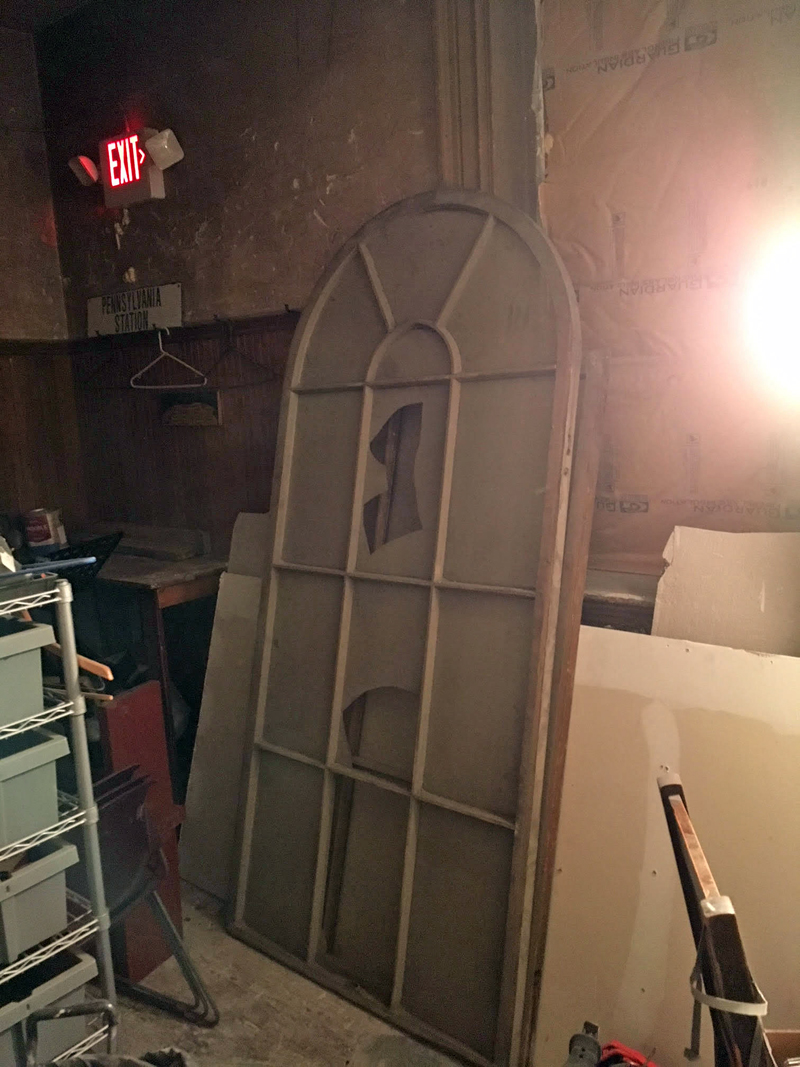 One of the windows that was found under the Lincoln Theater stage. “We had to break a hole in the wall to recover it,” said Lincoln Theater Executive Director Andrew Fenniman. “It is being restored and being put back up on the Main Street side of the building.” (Photo courtesy Lincoln Theater)

Catching up with Lincoln Theater: I was having lunch the other day at King Eider’s Pub in Damariscotta with a couple of my LCN co-workers and had the pleasure of running into Lincoln Theater Executive Director Andrew Fenniman there as I was leaving. We started chatting about what’s going on at the theater, a conversation that needed more time than I had (since I had to get back to the workplace), so I asked him to please lay it out for me in an email. Here’s what he wrote:

“Lincoln Theater has been in the process of reviewing what took place in 2017 and is looking forward to what lies ahead in 2018. On a program level, over 500 events took place at the theater last year, over 50 of which were offered for free. Over 25,000 visits were made and 100 new members signed up, bringing the current total to over 800. It is so fantastic having such support from the community in attending and making all these events possible.

“Among the many program highlights in 2017, it is difficult to choose what to highlight. The theater was pleased to co-produce several live children’s performances with its partners at the CLC and Boothbay’s Y-ARTS program. These will continue in 2018, including the production of a new musical for children in April. Its live production of ‘Mary Poppins’ was a sellout, and the theater is hoping for the same with this year’s winter musical, Dolly Parton’s ‘9 to 5: The Musical.’

“The theater launched its Classic Film Club, with over 100 attendees at each screening of a member-selected classic film. Given the popularity of this new program, it is expanding in 2018 to six selections instead of five, and will include an evening showing of each film, along with the ongoing matinee showings.

“Also in 2017, Jane Dahmen’s Talking Art in Maine: Intimate Conversations series continued to be a huge hit and is readying for a new season ahead, starting Thursday, Feb. 8 with guest Mark Bessire, director of the Portland Museum of Art. 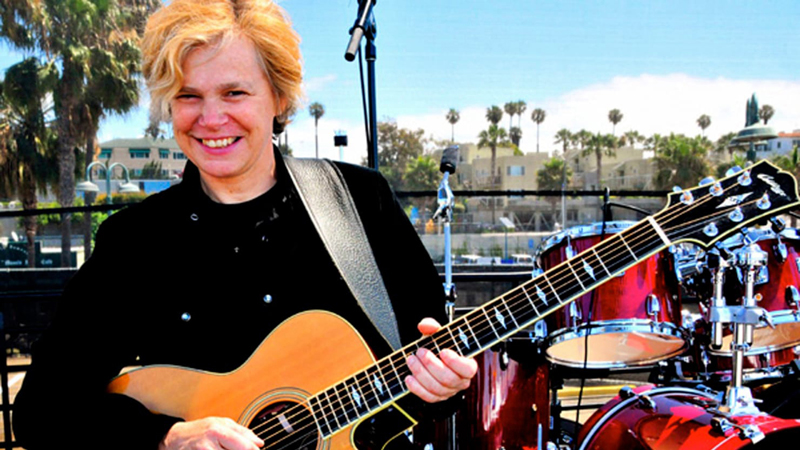 “The theater is also launching an extension of Dahmen’s series in April, Talking Music in Maine: Intimate Conversations. The new series will be hosted by local acclaimed musician Aaron Robinson, whose first guest will be two-time Grammy nominee, as well as Elton John and Rod Stewart backup singer, Cidny Bullens. There are numerous other programs in store for 2018. Stay tuned.

“Also in 2017, the theater was thrilled to be able to complete the restoration of the seven historic windows that grace the sides of the auditorium. The remaining windows, including those on Main Street and the back of the building, have now been removed and are in process of being restored and ready for reinstallation in May of 2018. (The current murals protecting the front of the building will be returned to Lincoln Academy, where they originated.) 2017 also saw the antique birch floor sanded and polished, while the seats were fixed up and repositioned to allow better sight lines. 2018 will see another coat of varnish to the floor, a new annual event that will help to maintain this important investment. 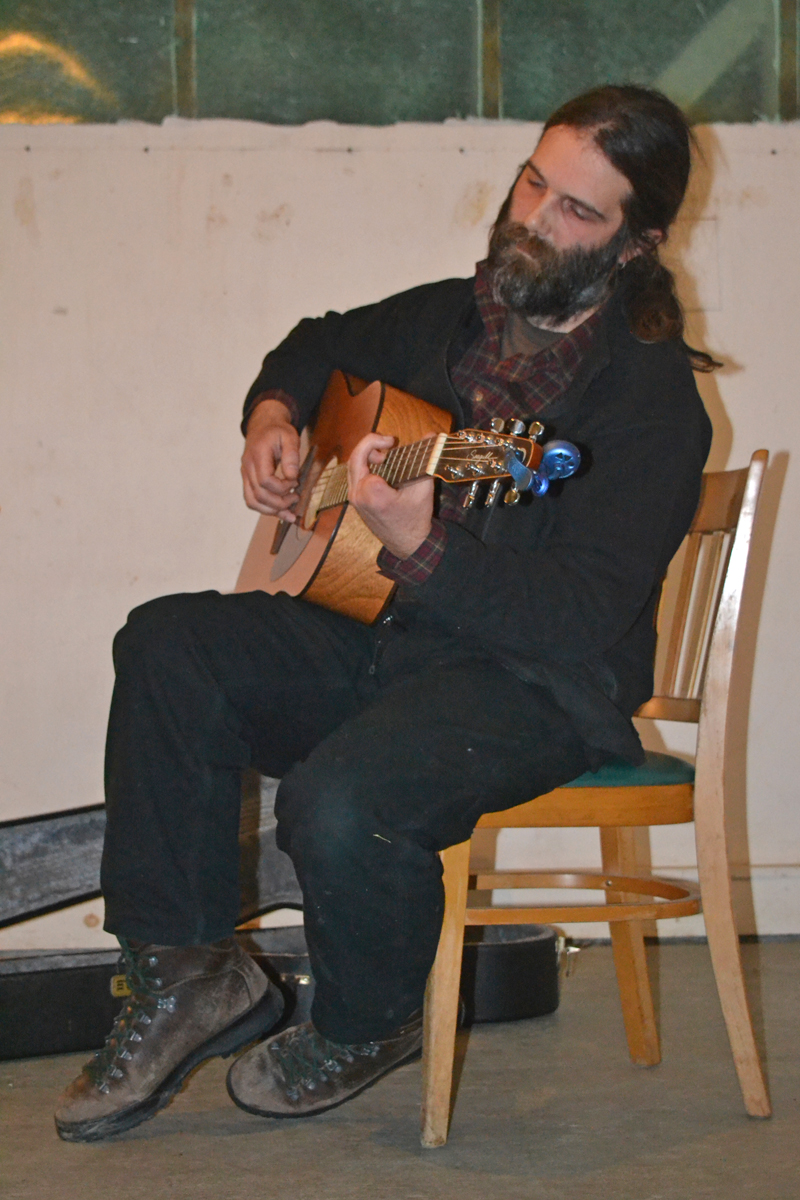 “Finally, the theater ended 2017 in the black; it continued to invest heavily in prepaying its financial debt and is on track to be debt-free by June of 2018 – 26 years ahead of schedule! Thanks to the ongoing support of the community, Lincoln Theater is excited not only for 2018, but for getting ready to be able to provide entertainment of all sorts for many years ahead.”

Thanks, Andrew, for all your great work and enthusiasm!

Lincoln Theater is located at 2 Theater St. in Damariscotta and is online at lcct.org.

I stopped by last Friday night, Jan. 19, to check it out.

I walked into the store/restaurant a little before 7 p.m. and it was unsurprisingly crowded. Inclement weather does not seem to deter people from the glorious (no exaggeration) Pizza Night.

Since Bertie Koller was the only musician who showed up to play the open mic, he got to hold court with his strong voice and pretty songs until fellow Whitefield singer-songwriter Greg Klein – the featured artist – took the stage. Klein kicked off his set with a clever song called “Vegetarian in Meatland.” Good times!

Tip to readers: Sheepscot General’s open mic is a great opportunity for local musicians and music lovers. Check it out. Go early for Pizza Night – featuring the best crust around. A delicious, creative special pizza is always offered, along with a slew of yummy toppings, such as artichoke hearts, feta, mixed peppers, local greens, and pepperoni.

The next open mic at Sheepscot General will take place at 7 p.m. on Friday, Feb. 16. Putnam Smith will be the featured artist.