A New York man has been sentenced to 18 months in jail for trafficking cocaine and heroin in Lincoln County.

The state dismissed a charge of class A aggravated trafficking in schedule W drugs (cocaine base). 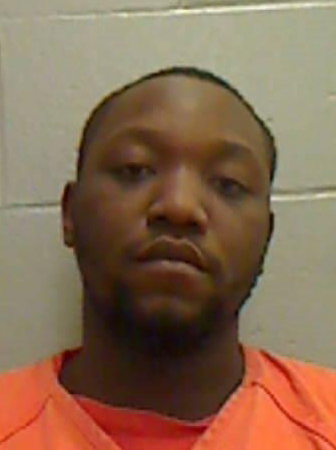 Newsome was sentenced to nine months for each of the charges. He will serve the sentences back-to-back for a total of 18 months in jail. He must also pay $1,030 in fines.

Maine Assistant Attorney General Johnathan Nathans represented the state. Court documents list James Michael Mason, David Paris, and Jeremy Pratt as attorneys for Newsome. It was not clear from court documents whether the attorneys were representing Newsome together or represented him at different times.

Newsome is the third of seven defendants in the trafficking case to be convicted.

Harley E. Winchenbach, 23, of Waldoboro, is serving a three-year sentence at the Maine Correctional Center in Windham. Winchenbach pleaded guilty to class B unlawful trafficking of schedule W drugs (cocaine base) on June 27. He was sentenced to seven years in prison with all but three years suspended, plus three years of probation and a $400 fine.

Felichia C. Glidden, 23, of Waldoboro, is serving a one-year sentence at the Maine Correctional Center, according to the Maine Department of Corrections. Glidden was sentenced to three years with all but one year suspended, plus three years of probation and a $400 fine, for a conviction of class B unlawful trafficking in schedule W drugs (cocaine base).

Echols, Newsome, and Winchenbach all have prior felony convictions for trafficking.

The arrests were the result of a month-long investigation by the Maine Drug Enforcement Agency, along with the Lincoln County Sheriff’s Office and the Waldoboro Police Department, into the distribution of crack cocaine and heroin in the Midcoast.

Echols and Newsome allegedly rented cars to bring crack cocaine and heroin from New York to Maine for resale in the Rockland, Thomaston, and Waldoboro area on a weekly basis, according to an MDEA press release.

The five Maine residents allegedly assisted Echols and Newsome by both selling the drugs themselves and allowing the New Yorkers to use their residences to sell drugs, according to the press release. Undercover agents purchased crack cocaine and heroin from some of the seven during the investigation.

Shortly after midnight on Feb. 10, agents executed a search warrant at Winchenbach and Glidden’s home at 44 Staley Lane in Waldoboro, off Wagner Bridge Road, and arrested Echols, Glidden, Newsome, and Parlin inside.

Agents seized 40 grams of crack, 6 grams of heroin, Ritalin, Suboxone strips, packaging materials, and $5,000 in cash, including bills with serial numbers matching those from an MDEA drug buy, according to court documents and the press release. The approximate street value of the drugs was $10,000.

Knight and Winchenbach were arrested nearby when Waldoboro police stopped Knight’s car after it left the Staley Lane residence. Agents and Rockland police arrested Barham at her apartment on Broadway in Rockland.