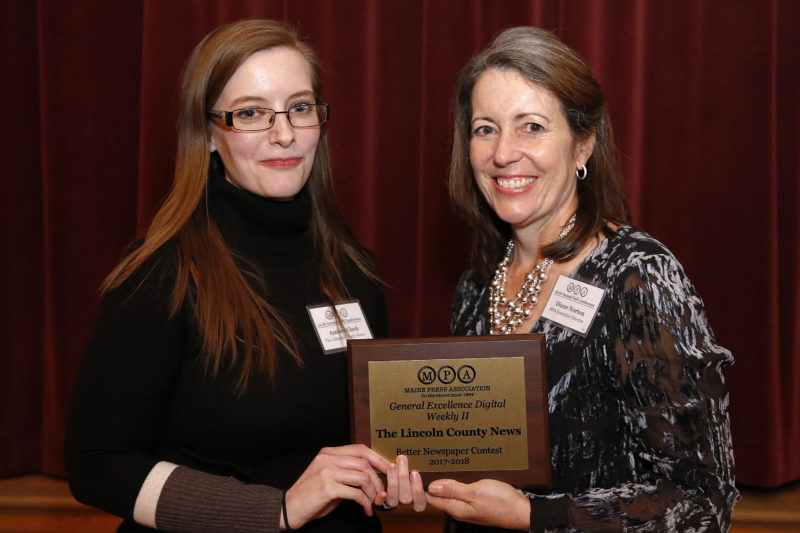 The honors include first place in the General Excellence – Digital category for the newspaper’s website, lcnme.com. Amber Clark, the website’s designer, accepted the award.

The judges called the site the “clear winner” for its “well-organized information and pleasant design.”

The Lincoln County News launched the new website in July 2016, replacing an out-of-date site difficult for both employees and readers to use.

“We are proud of this recognition from the judges in a category that only grows more competitive as news organizations focus more and more of their efforts online,” LCN Editor J.W. Oliver said. “The site owes its appearance and ease of use to Amber’s creativity and talent as a designer, and we were glad to see her accept this honor.”

The newspaper captured 11 first-place certificates, nine second places, and 15 thirds, earning recognition for everything from its journalism to its design and initiatives to engage young readers.

The newspaper’s owners and staff received the honors during the Maine Press Association’s annual awards ceremony and banquet at the Grand Summit Hotel at Sunday River in Newry on Saturday, Oct. 20.

The contest divides newspapers into three categories: dailies and large and small weeklies by circulation. 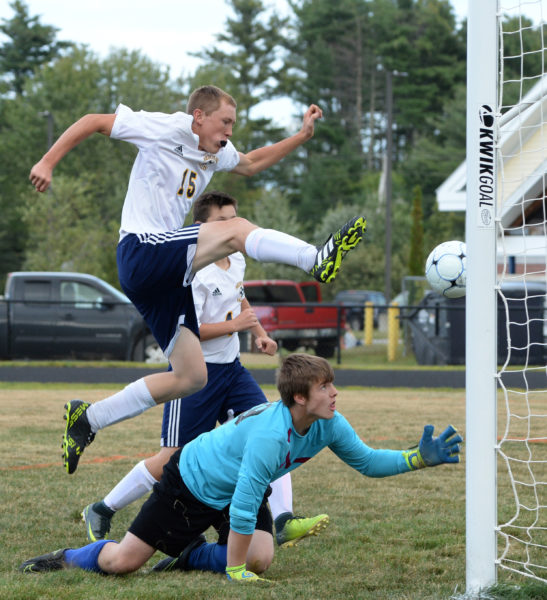 Wyatt Post scores a goal for the Medomak Valley Panthers in a 3-0 defeat of the Morse Shipbuilders on Sept. 1, 2017. Paula Roberts’ photo won first place in the Sports Photo category of the Maine Press Association Better Newspaper Contest.

The Lincoln County News competes in the category for the state’s large weekly newspapers. Industry professionals from outside Maine judge the entries. The judges of the 2018 contest work in South Dakota.

“This was a banner year for The Lincoln County News in the Maine Press Association Better Newspaper Contest,” said Maia Zewert, the newspaper’s marketing and engagement coordinator. “It just goes to show the breadth and depth of talent on the LCN team.”

The awards ceremony is the final event of the Maine Press Association’s annual conference, which includes a full day of workshops and talks about industry trends.

A complete list of LCN honors with some of the judges’ comments follows:

– “Great use of multicolored fonts and layers.”

– “Hilarious tales from an animal-loving pet-sitter. I’m planning to move to Lincoln County for no other reason than to have Sarah Caton watch and write about my cats.”

– “Good angle for the shot and love the emotion on their faces.”

– “A very nice article on a couple’s lasting 60-year marriage. The article talked about the role that God played in their marriage.”

– “This is a great overall campaign and a great idea for any newspaper office to use to engage with their community.”

– “Heartwarming father-son story of a 12-year-old boy reeling in a 400-pound tuna for the first time. Lots of colorful detail. Great job.” 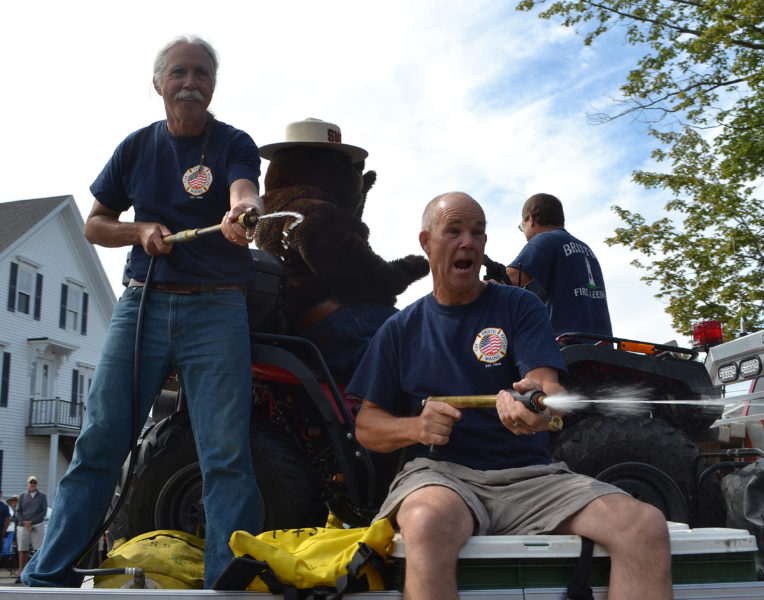 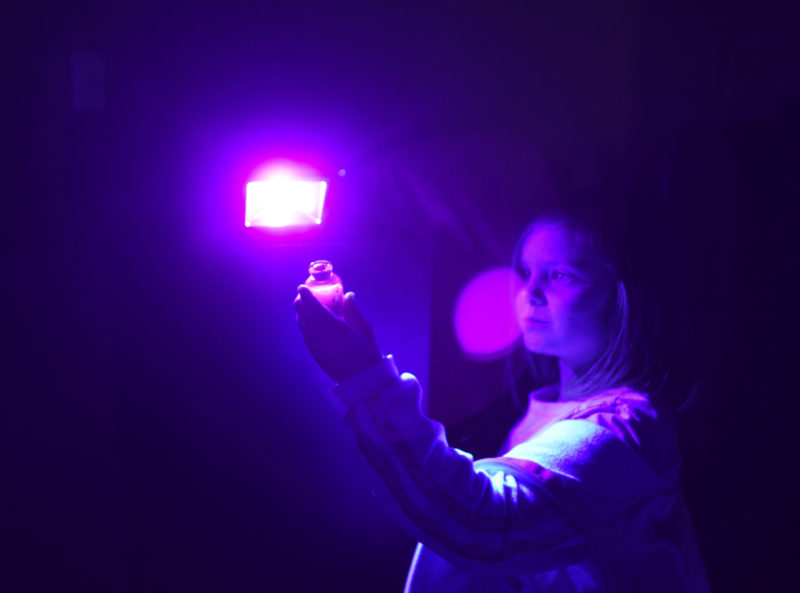 Agnes Eddyblouin, 5, holds a “nebula in a jar” up to a black light to watch it glow during Skidompha Library’s “A Wrinkle in Time” event March 17. Jessica Picard’s photo won first place in the Feature Photo category of the Maine Press Association Better Newspaper Contest.

Third Place, Editorial: “We have it pretty good,” J.W. Oliver

– “Love the extra-wide page! Ads really stand out, even the smallest size – which I’m sure advertisers love. All around well done!”