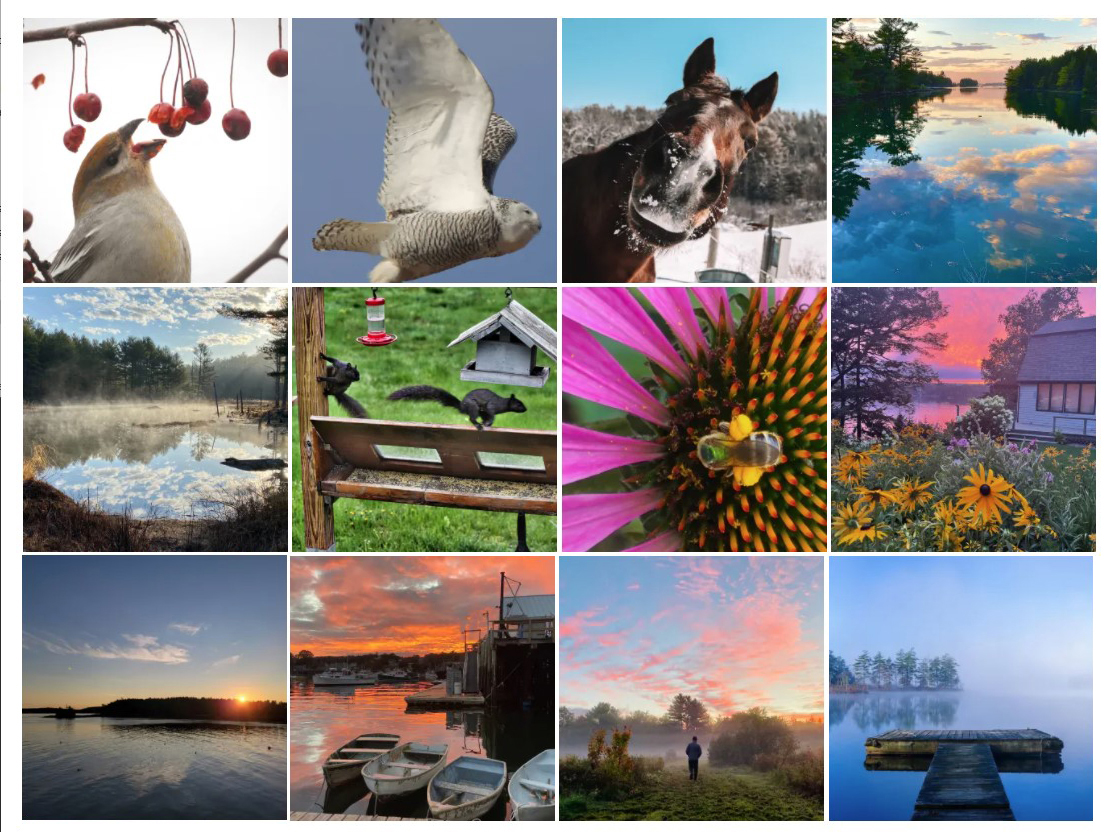 Hundreds of readers submitted thousands of photos to The Lincoln County News’ photo contest in its fourth year. Now it is up to readers to decide which of the 12 finalists will win the 2021 #LCNme365 photo contest.

Waldoboro resident Jannine Oates’ photo of a bee visiting a flower was voted the winner of the July contest. Ella Rogerson, of East Haddam, Conn., won the August contest with her picture of a garden at sunset by Jones Cove in South Bristol. Gabrielle Hutchings, of Edgecomb, won the September contest with her photo of the sun rising over the water in Southport.

New for 2021, monthly winners also received a canvas print of their photo from Mail It 4 U in Newcastle.

Starting at noon on Wednesday, Dec. 22, readers can go to lcnme.com/photo-contest to cast their vote for their favorite of the monthly winners. Each person is allowed one vote.

Whichever photo has received the most votes when the poll closes at 5 p.m., Monday, Dec. 27 will be declared the winner of the 2021 #LCNme365 photo contest. The winning photographer will receive a prize package of products featuring their photo, a one-year subscription to The Lincoln County News, an exclusive 2022 calendar featuring all of the monthly winners, and a Yeti mug engraved with the logo of The Lincoln County News. The business that sponsored the month of the winning photo will also receive a Yeti mug.

The #LCNme365 photo contest will return in 2022. Entries are already being accepted.